Oleksandr Usyk has a huge Halloween showdown with Dereck Chisora coming up and it will give us a good idea if the former cruiserweight king can be an elite heavyweight according to Carl ‘The Cobra’ Froch.

Froch says the eagerly-awaited October 31 clash is a “welcome to the heavyweight division party” for the Ukrainian superstar (17-0), who is a heavy 1/8 favourite with the bookmakers.

“You can’t really argue that Usyk’s got the class, the quality, the ability, the skills, the foot movement, the speed – if you wanna start breaking  down everything that he does well you can do. But he’s very very talented, very very good.”

Usyk has so far just had the one fight in boxing’s marquee weight class, a comfortable defeat of Chazz Witherspoon in Chicago last October. Froch believes a night in the ring Chisora will tell us much much more about his prospects for future glory.

“And this fight with Dereck Chisora, if he can do the business against somebody big and strong and bolshy, somebody that’s coming forward who’s gonna be coming to win and use everything they’ve got in their toolbox. And everything in their advantage.” 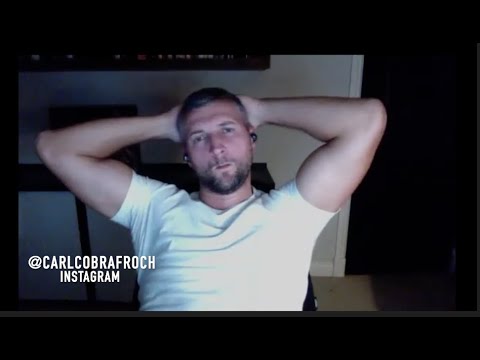 Chisora is likely to be around three stones heavier than Usyk come fight night, and Froch expects him to use those physical adavantages to the max – especially early in the fight.

“Dereck Chisora knows he’s bigger and stronger and heavier, he knows this, and he’s gonna use that, especially early on. Sticking it on Usyk, putting it on him. But educated, not rushing it, not being stupid. But putting the pressure on Usyk – leaning on him, grabbing him where he can, bullying him around a bit, giving him little slaps round the side of the head where he can, round the body, back of the rib cage.

The venue for Usyk vs Chisora has yet to be confirmed, but the bout will air on Sky Sports Box Office pay-per-view in the UK and on DAZN in the United States.