Povetkin vs Whyte 2 gets new date and venue

The eagerly-awaited Alexander Povetkin vs Dillian Whyte 2  rematch will get yet another new date and a new venue after COVID-19 travel restrictions scuppered the plan to stage the bout on March 6.

The fight has been put back three weeks to Saturday March 27, and will now take place on the island of Gibraltar. This in response to the Draconian quarantine restrictions which are making travel virtually impossible.

Matchroom Sport Managing Director Eddie Hearn said: “In the current environment we are always having to think on our feet. We did everything to try and make March 6 happen, but with the new travel restrictions it was impossible.

“Now we have something outside the box, compelling, and a unique setting for one of the Heavyweight Fights of the Year – roll on the Rumble on the Rock!” 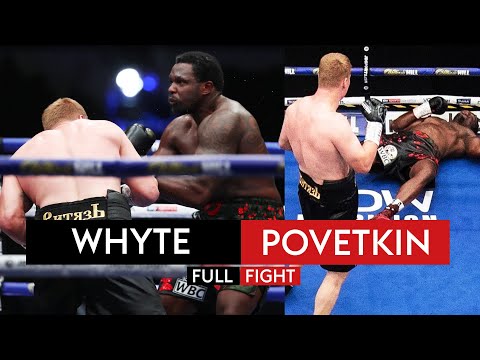 Povetkin vs Whyte 2 was initially scheduled for November 21 last year, but had to be postponed when the Russian contracted COVID-19. The rescheduled date of January 30 was also shelved due to the time it took Povetkin (36-2-1) to recover.

Whyte (27-2) is desperate to avenge the defeat he suffered in their first meeting, at Matchroom Fight Camp on August 22 last year. He had Povetkin down twice in the fourth round but was then knocked out in the fifth by a stunning left uppercut.

That defeat left the world title dreams of ‘The Body Snatcher’ in tatters. He had gone into the fight as the mandatory contender for Tyson Fury’s WBC belt, and was one fight away from a title shot.

Now he must try to regain that mandatory position by getting his revenge on Povetkin. But even then a title shot is some way off. Fury is otherwise engaged with two huge showdowns with fellow Brit Anthony Joshua upcoming.

Povetkin vs Whyte, like the first bout, will be a pay-per-view fight on Sky Sports Box Office in the UK, and will air on DAZN in the United States and more than 200 other countries.