Skip to content
Fury vs Joshua News ‘The body of Goliath, the brain of David’ – Atlas on Fury

‘The body of Goliath, the brain of David’ – Atlas on Fury

Tyson Fury had ‘the body of Goliath and the brain of David’ before his rematch with Deontay Wilder, according to Teddy Atlas.

Respected former trainer turned analyst Atlas believes everything changed for ‘The Gypsy King’ the night he destroyed ‘The Bronze Bomber’ at the MGM Grand Garden Arena.

Fury (30-0-1) had boxed smartly in the first meeting between the pair in Los Angeles in December 2018, emerging with a controversial draw despite being knocked down twice. But the rematch would see a stunning change in style from the Morecambe man.

Atlas, speaking on his ‘The Fight with Teddy Atlas’ podcast, said: “He had shown throughout his career, Fury, that he could box. I always talk about David and Goliath. I always said Fury was a guy up to that night who had the body of Goliath and the brain of David. He thought he was a lightweight. He boxed, moved, used his legs, slipped punches. You don’t see that from a guy that big – but you saw it with him.

“And then all of a sudden what did he do, he changed. He goes into that fight – he had a dress rehearsal against the guy from Sweden (Otto Wallin) where he got the bad cut and he had to go and get it, he had to press forward to win that fight. 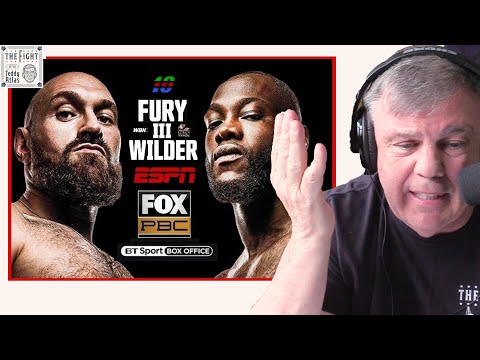 “And then what does he do. He says ‘Oh, I know how to come forward, I’m gonna go forward now with Wilder. I see something’, kind of like Max Schmeling said when he was getting ready to fight Joe Louis that first time.

“‘I see something maybe in the character that’s a little weak. Maybe he’s a bully, he’s used to getting his way all the time. You know what I’m gonna do, I’m gonna punch the bully in the mouth, I’m not gonna dance around and box and take a chance that maybe he still catches me. I’m gonna walk him down, I’m gonna go and confront the bully’. And you know what, that’s what he did, and he physically and mentally broke him down.”

Wilder (42-1-1) produced many excuses for his shocking defeat that night, but Atlas says he must now change if he’s to have a chance of redefining his legacy when he meets Fury for a third time in Las Vegas on July 24.

Wilder must change for trilogy fight

“There’s gonna have to be a change, a transition. He’s (Wilder) gonna have to be mentally ready to prove himself. His legacy, this is it. What matters now is how he behaves in this fight. What does he do in this trilogy? This is it, the pressure’s on him, it’s not on Fury. Whether or not your career means anything or meant anything, will be proven in this one night.”

Many experts believe Fury broke Wilder to such an extent last year, that the result will be similar once again. The bookmakers have ‘The Gypsy King’ a 2/7 favourite with Wilder 5/2. Atlas though is not convinced that will be the case.

“A lot of people think automatically that Fury’s gonna win. That Fury broke him the second time, he’s gonna break him the  third time, it’s all over with. He doesn’t have the character, he doesn’t have the ability to do anything differently, it’s gonna be a foregone conclusion. I’m not so sure. Not so fast.

“He’s still got that eraser that dropped Fury twice in the first fight. I still believe he’s got his own pride and he knows where he is. And he called for the fight, to his credit.”