Skip to content
Fury vs Joshua News Tyson Fury height: how tall is ‘The Gypsy King’?

Tyson Fury height: how tall is ‘The Gypsy King’?

When world champion heavyweight boxer Tyson Fury was born on August 12, 1988 the prospect of him becoming a modern-day sporting giant (with height to match) must have seemed a very long way off.

‘The Gypsy King’ arrived three months early in Wythenshawe, Manchester, and weighed just one solitary pound (1lb) at birth. He was so premature that doctors were doubtful that he would even survive.

But the future heavyweight champion of the world showed his fighting qualities right from the start, leading his father John to name him Tyson after the then king of the ring Mike Tyson. 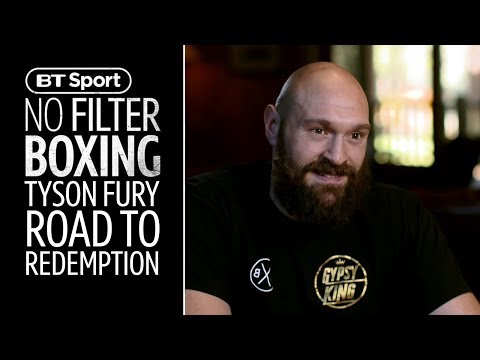 There is a saying which goes ‘mighty oaks from little acorns grow’. Never has it been truer than in the case of Tyson Luke Fury.

How tall is Tyson Fury?

Despite once being that tiny premature baby, Tyson Fury now stands 6ft 9ins tall (2.06m). He is one of the tallest heavyweight champions in history. His still not THE tallest however, with Russian behemoth Nikolai Valuev at 7ft tall taking that accolade when he beat John Ruiz to take the title in 2005.

Fury has towered over all of his opponents to date, including his last victim Deontay Wilder (6ft 7ins), who he stopped in seven rounds in February 2020 to becoming world champion for the second time. He weighed in at 273lbs for that fight – some 19st 7lbs.

Fury is also three inches taller than his great rival Anthony Joshua, whose height is 6ft 6ins. They are expected to meet in December 2022 in the biggest fight in British boxing history. The WBC and lineal world heavyweight titles are expected to be on the line.

How long is Tyson Fury’s reach?

Not surprisingly for a man as tall as Fury, ‘The Gypsy King’ also has a pretty handy reach at 85ins (2.16m). Again he holds a three-inch advantage over great rival Joshua. Add this to his surprisingly nimble footwork and superb boxing ability, and it’s easy to see why he has been so successful in the paid ranks.

Fury’s. physical attributes, allied to his brilliant boxing brain. They allow him to use a number of different styles to win fights – from the smart boxing display which befuddled Wladimir Klitschko in 2015 to the dominant aggressive performance which did for Wilder in 2020.

The next opportunity for Fury to put these freakish physical gifts to good use is expected to come against Joshua in late May or early June. Their planned unification match will take place outside the UK, possibly in Saudi Arabia. Joshua’s promoter Eddie Hearn says the fight is almost certain to happen, while Bob Arum says the pair will earn around $100million each.

How does Tyson Fury compare to other top heavyweights?

Not surprisingly, Tyson Fury is the tallest of the elite heavyweights out there. Here’s how they compare in height: