‘We about to cook his ass’ – Malik Scott warns Fury

When Malik Scott says it, he has absolutely no doubt it will happen – ‘We’re marinating Fury, we about to cook his ass’.

The oft-delayed third meeting of the two titans at T-Mobile Arena, Las Vegas will finally happen some 20 months after Wilder (42-1-1) suffered the first and only defeat of his professional career.

Wilder was bullied, battered and eventually beaten into submission by ‘The Gypsy King’ as his corner threw in the towel to end a sustained seven-round beating.

Deontay responded to that defeat not only with a string of excuses, but with the decision to part ways with former trainer Mark Breland and replace him with Scott.

All the noises from the Wilder camp as fight night approaches are the right ones, as Scott told the PBC On Fox cameras during the first episode of ‘Inside Fury vs Wilder III’. 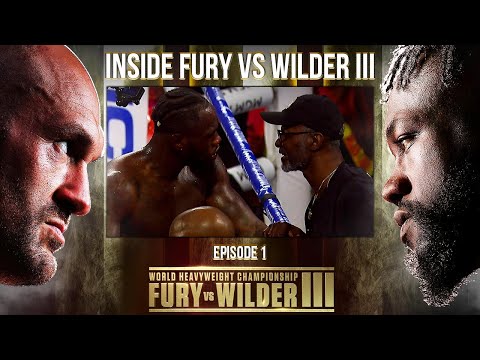 “So far the adjustments he made, I’m beyond proud of them,” he explained.

“Everything he’s doing, this is nothing new. Ive been seeing him doing all these things over the last 10 years. I’ve just been seeing it in spurts. So now what we doing, we’re doing it on a more consistent basis, every single day.”

Scott has constantly raved about Wilder’s desire and work ethic since becoming his head trainer. A message he re-iterated here.

“He’s waking up, he’s eating, sleeping, sh***ing nothing but boxing. When you an athlete who is receptive and wants it for himself more than you want it for him, already with his killer instinct, I just don’t see how we can miss. We won’t miss. This is all ordained.”

Fury on the menu for Wilder

What does all of this add up to?  Scott’s verdict is simple – “We’re marinating Fury. We about to cook his ass”.

As for Wilder, revenge has been a constant narrative for him in. the build-up to the third meeting with Fury. He feels he was wronged in that ring in the MGM Grand Garden Arena in February 2020. A wrong he aims to right come October 9.

“They are just sharpening me up and allowing me to say it’s time for retaliation baby.”