Eddie Hearn has reacted to talk of a Deontay Wilder vs Dillian Whyte fight by saying ‘The Bronze Bomber’ is in for a rude awakening.

Wilder put Whyte (27-2) high on his list of desired opponents when he appeared on the Last Stand podcast with Brian Custer on Tuesday. This after the collapse of his planned trilogy fight with Tyson Fury.

Hearn though says ‘The Body Snatcher’ has more important things on his agenda, and Wilder (42-1-1) is in for shock as he starts to look for his next opponent.

Wilder vs Whyte: Dillian has bigger fish to fry

He told IFL TV: “That’s convenient of him. Dillian Whyte’s only wanted to box him for 10 years. Dillian Whyte has got the fight of his life against Alexander Povetkin first (their rematch has been rescheduled for January 30,  2021 after Povetkin tested positive for COVID-19).”

Hearn had plenty of thoughts on Wilder’s list of five potential next opponents, and he remarked: “Do you know what’s weird, I saw that list as well – he didn’t mention AJ did he…

“Deontay Wilder against Dillian Whyte is a really big fight . But Dillian’s got bigger fish to fry at the moment. He’s got to try and beat Alexander Povetkin and then he wants to fight for the world title.” 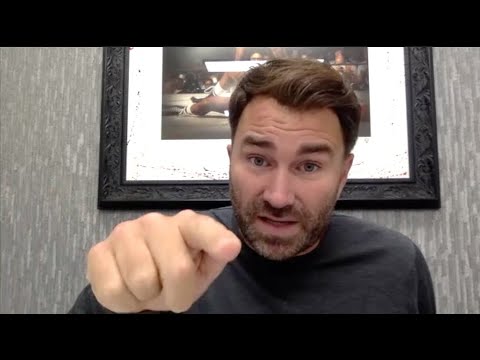 Wilder’s list did though include Finn Robert Helenius (30-3), causing Hearn to raise more than one eyebrow.

“Deontay Wilder’s is gonna get the shock of his life when he sees the offer to fight Robert Helenius,” he said.

“I mean he turned down – I mean I won’t embarrass him with the offer that DAZN made – but if he’d lost the Tyson Fury fight or the AJ fight, he probably would have been making 15 times what he’s gonna get for fighting Robert Helenius.”

When asked how difficult it might be to make Wilder vs Whyte, Hearn again drew on the experience of trying to make a blockbuster between ‘The Bronze Bomber’ and Anthony Joshua.