Dillian Whyte says he advised his protege Alen ‘The Savage’ Babic to move down to cruiserweight and dominate there before resuming his heavyweight career.

But Whyte says the 29-year-old Babic is very much his own man and believes he can rule in boxing’s marquee weight class.

The Croatian improved his professional record to 5-0 last weekend with a stoppage victory over Niall Kennedy on the big Matchroom show in Milton Keynes (live on Sky Sports Boxing).

But he weighed in at just 14st 3lbs for that bout, pretty small for a heavyweight and around five stones lighter than lineal king Tyson Fury for example.

His mentor Whyte told Sky Sports: “It’s always a concern (Babic’s size) because he’s not the tallest of guys, not the biggest of guys. But he’s so tenacious and he’s relentless as well. It can be his advantage as well because being small and being able to press the guys and stay on the inside as well, because he’s so tenacious even if the fight goes late he puts a lot of damage mentally and physically on his opponents

“So all I can do is just support him the best I can.”

A force of nature

Sunday’s third-round win over Kennedy was another all-action show from Babic, and Whyte says his man is just as relentless outside the ropes as he inside them. 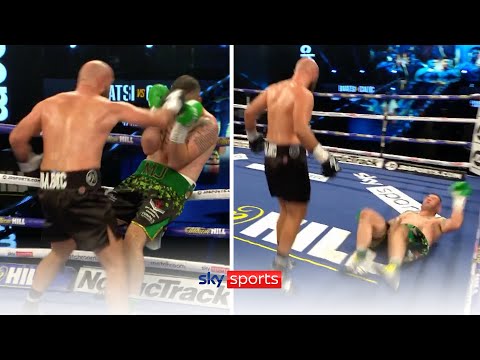 “I was very impressed. Alen comes to fight and he wants maximum violence all the time. The guy actually spars five times a week whether he’s got a fight or not.

Whyte meanwhile is now preparing for his rematch against Alexander Povetkin. That bout will again be a Sky Sports Box Office pay-per-view, on Saturday November 21