Joe Joyce might not be the most beautiful heavyweight to watch, but he makes life easy for no opponent – even Anthony Joshua.

The 34-year-old ‘Juggernaut’ (11-0 with 10KOs) returned to the ring for the first time in a year in July as he stopped German Michael Wallisch inside three rounds behind closed doors at BT Sport Studios in July. And that sets him up for that massive domestic showdown against the exciting Daniel Dubois (14-0 with 13 inside) at London’s O2 Arena on October 24.

Joyce’s style is not universally loved by fight fans and many experts alike, but former world super-middleweight king Carl Froch says he has seen first hand how difficult an opponent he is.

He told Froch on Fighting on YouTube: “Joe Joyce is a tank, he just comes forward. I’ve seen him sparring for a couple of years with Anthony Joshua, because I was on the England squad when Joe Joyce was there. AJ didn’t enjoy sparring Joe Joyce because he keeps coming forward, he just works away and plods away. He looks awkward and he looks slow but he gets the job done.”

While Froch has great respect for what Joyce brings to the table, he does acknowledge that Dubois – seen by many as the potential successor to Joshua and Fury as world heavyweight champion – should start favourite for the bout.

“Dubois can punch, and I think that’s probably gonna be his saviour in this fight,” he said.

“You’ve gotta say Dubois is the favourite, but this is by no stretch a foregone conclusion. This is a tough fight and one that I’m looking forward to. It’s one of them big heavyweight fights where the winner goes on to do something. The loser don’t necessarily go away and vanish, but the winner has the opportunity to do something.

“It chucks ’em right in the mix (with the likes of Fury, Joshua and Wilder). If somebody wins by a shutout performance too, if it’s a great knockout. The winner of that – whoever’s performed the knockout – can say ‘hang on a minute, I’m ready here to step in with some of the big boys’.” 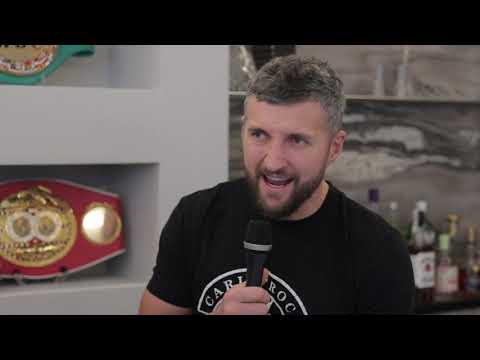 Froch has had time to speak with Dubois, and can sense the confidence in the 22-year-old who is seen as the future of the heavyweight division.

“He believes in himself, he’s confident, he’s looking at Joe Joyce and thinking ‘you’re basic enough and easy to hit, I can get this job done’. But they’re both going into that ring thinking they’re going to win.”