Wilder news is ‘fantastic’ for Fury vs Joshua – Hearn

The collapse of Tyson Fury vs Deontay Wilder 3 is “fantastic” for that potential Fury vs Joshua showdown next year, according to Eddie Hearn.

Hearn, who promotes Joshua, is convinced his man will meet ‘The Gypsy King’ twice in 2021 to determine who is the best heavyweight on the planet.

As far back as June, the two men agreed in principle the financial structure for a two-fight deal. The first would see a 50-50 revenue split and the second a 60-40 share to the winner.

The news that Fury vs Wilder 3 will not take place likely means a much less risky outing for WBC king Fury in the UK on December 5.

Joshua (23-1) defends his IBF, WBA and WBO titles a week later against Bulgarian Kubrat Pulev on December 12. If both win it appears we are all set for the clash of the British giants next summer.

Hearn told Boxing Social: “Fantastic, you’ve seen the comments from Bob (Arum) and that, all we’ve got to do is win our fight (vs Pulev). He’s right, the terms of the deal are done, we know that, we announced that ages ago.

Huge money in Fury vs Joshua

“There’s a huge amount of money in that fight. So if the perception is that we are all hungry, money-grabbing promoters, get two of those fights next year. So why wouldn’t we want to do those fights.

“I believe AJ wins that fight, and they believe Fury wants that fight. Let’s go, let’s do it. It’s what the sport needs.” 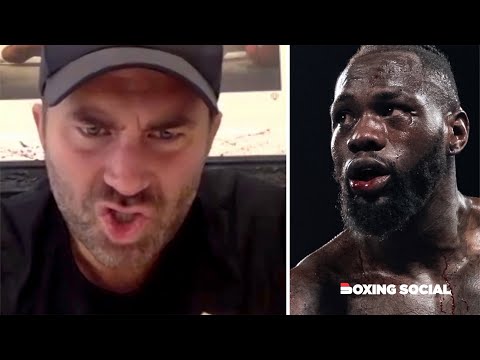 TV picture not an issue

Despite the fighters being signed to different TV networks in the UK and United States, Hearn doesn’t see that as a blocker either.

“So is it a dual broadcast? Is it whoever pays the most money? I don’t know, but we’ll find a way. We are not letting that get in the way of this fight. I don’t see an issue.”