Today is literally the day – it is decision time as Tyson Fury and Anthony Joshua begin to consider options for the venue of their summer superfight.

The two world heavyweight champions are due to meet in July, resulting in the first undisputed ruler of boxing’s marquee weight class since Lennox Lewis back in 1999.

The pair signed contracts on a two-fight deal in March. An immediate rematch is expected to take place by the end of 2021.

Now they will today (Sunday) be presented with the “multiple offers” to stage the bout – this after Eddie Hearn went on a world tour recently to field bids.

Hearn said earlier this week that there are three or four major offers on the table. He also refused to rule out Wembley Stadium at this stage with a July 24 date still possible. After football’s European Championships finish. 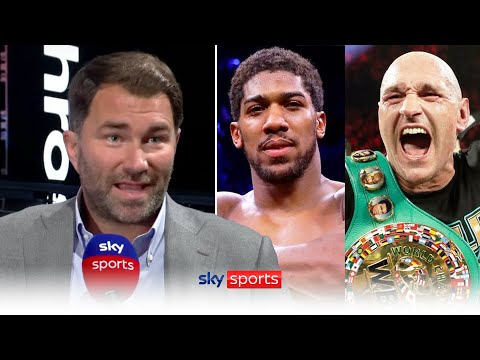 Fury meanwhile said late on Friday that the following territories are all in the running to stage the bout:

Hearn has confirmed that if the Middle East does win out, the bout would be held indoors due to the time of year. He said arenas in the region are all ready to stage the fight.

The money involved for Fury vs Joshua is likely to be mind-boggling – the biggest for any bout involving British fighters. Both men are expected to earn around $100million each for their first fight alone.

Once the date and venue are finalised, TV rights will be next on the agenda. The fight is likely to be a joint pay-per-view in the UK with both Sky Sports Boxing and BT Sport Boxing screening.

ESPN meanwhile has a contract with Fury in the US, while Joshua’s bouts have been airing on DAZN. Those two outlets would again appear to be leading the race to show the fight.