Oleksandr Usyk says he will make a simple business decision when he has to work out who his promoter will be moving forward. He’ll take the best offer.

Usyk has worked with K2 Promotions (founded by Wladimir and Vitali Klitschko) since turning professional in 2013, but he discussed on his Usyk17 YouTube channel recently what will happen next when that pact expires soon.

The former cruiserweight king (17-0) was asked if he would consider signing with the likes of Eddie Hearn’s Matchroom (who already co-promotes him) or Bob Arum’s Top Rank, and responded: “I would sign a contract with someone who has a better deal to offer me. That’s all, it’s business. If K2 Promotions offers me a good conditions of contract I will accept it.

“They are the Ukrainians, I know them personally, We are in communication. If somebody offers me better conditions we will talk about this. All within the scope of work.” 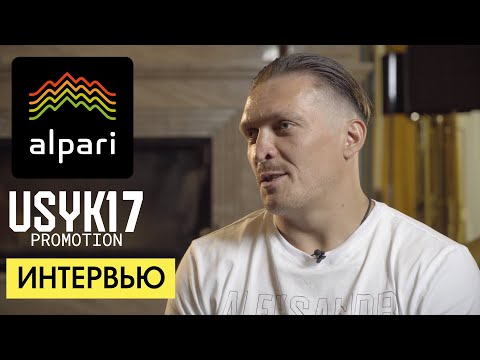 Usyk says K2 has delivered everything it promised him during their time working together – with Vitali Klitshcko saying he would be a world champion within three years of signing that initial pact. A prediction which K2 and Usyk delivered on.

Despite his respect for K2 though, Usyk was also quick to point out that his success also depends largely on how he himself fights when he steps inside the ropes.

“If I were a bad fighter and were always saying ‘give me this and give me that’, what would I give in return?

“If you are good in fighting you will have promotion. If you mess around, no-one will support you.”

Usyk had been due to fight veteran British heavyweight Dereck Chisora (32-9) in May, but that date was scuppered by the onset of the global COVID-19 pandemic. Chisora’s promoter David Haye has said the bout, which will be pay-per-view in the UK, will hopefully take place in October, but will definitely not happen until fans are allowed back into arenas.

Usyk says like everybody else he’s waiting for updates from the UK Government, explaining: “We will say for sure about the date when the restrictions ease. We both want to box with spectators. That would be a great bout. Dereck is sure that fans should see that. I’ve got the same desire. We know about fights without fans in attendance during the pandemic. I miss fighting. As for me it doesn’t matter if you’re boxing with or without spectators. But bouts with audience are full of atmosphere and drive.”

Usyk is the mandatory contender for Anthony Joshua’s World Boxing Organization (WBO) world heavyweight title, and the body has said AJ must face him once he’s dealt with IBF mandatory Kubrat Pulev (28-1) later this year.

So should Usyk come through against Chisora, he could well be the last man standing in the way of a potential unification showdown between Tyson Fury and Joshua next summer.