The bill – which takes place behind closed doors in the palatial grounds of Matchroom’s Brentwood, Essex HQ – will air on Sky Sports Box Office at a cost of £19.95. The undercard is topped by the rematch between world lightweight champion Katie Taylor and Delfine Persoon.

Hearn hit back at recent criticism of the price by telling Seconds Out: “You’ve got to ask yourself this. Is Whyte/Povetkin in a final eliminator that the winner fights Tyson Fury, and Taylor against Persoon, better than Whyte/Rivas and Dave Allen against David Price. And if you say no, you’re a pillock. 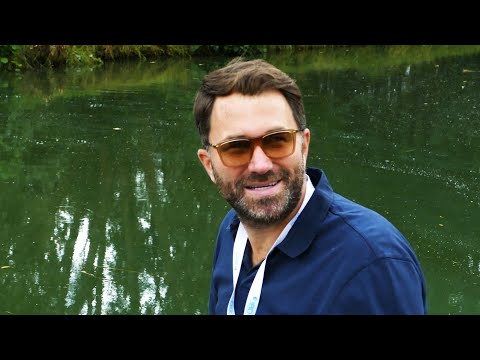 “So therefore that fight did great numbers, this fight will do great numbers too. So we have no crowd, we’re losing a load of money on the event if it makes you feel more comfortable. So therefore, this is the way we can make the fight happen. If you don’t wanna buy it, don’t buy it.

“Tell me a pay-per-view card I’ve done that hasn’t given you great value for money. Bellew-Cleverly – when was that? Six years ago? So, you know, my reputation should say it all and we believe once again this is a great show”

Whyte vs Povetkin is the biggest fight to take place anywhere since boxing tiptoed out of lockdown, and at stake is a shot at the WBC world title currently held by Tyson Fury.

If Whyte prevails on Saturday night he will finally get his title shot after more than 1000 days as mandatory contender, against the winner of Fury vs Wilder 3. That bout is tentatively scheduled for Saturday December 19 but could face further delays if crowds are not allowed back into arenas in the United States.

As well as airing on Sky Sports Box Office in the UK, Saturday’s show will be streamed live by DAZN in nine markets – the United States, Canada, Germany, Japan, Spain, Italy, Brazil, Austria and Switzerland.