Billy ‘The Preacher’ Graham on Fury vs Joshua

Billy ‘The Preacher’ Graham says Tyson Fury and Anthony Joshua should ignore boxing’s politics, “f*** the governing bodies off and just get together and fight”.

Graham, the highly-respected trainer best known for guiding Ricky Hatton to global stardom, used his new ‘Billy Graham’s Boxing Podcast’ to give a fascinating insight into the showdown the whole of boxing wants to see.

Graham talked about the controversy over the potential venue, the tantalising tactical battle which could ensue but firstly the political landscape involving the sport’s sanctioning bodies which could yet at best delay the bout or at worst scupper it completely.

“I know that Fury’s got (Deontay) Wilder waiting in the wings and Joshua’s got (Kubrat) Pulev and all that, but it’s just time to get it on. People wanna know who the best heavyweight in the world is. I’m a fan of both guys – I’ve know the Fury family for years. Tyson Fury never lost his title in the ring so Tyson Fury is the lineal champion of the world.

“I’m a big fan of Anthony Joshua’s as well, he’s got a huge following, he’s a great fighter as well. They’re rich enough, everybody involved in that fight is rich enough to f*** the governing bodies off and just get together and fight.

“Everybody involved in this promotion is gonna make fortunes. They’re the two best heavyweights in the world and I like both guys. Trust me, I love both guys. I love Joshua, I love Tyson Fury. But look, the fans have made them people wealthy people – more than wealthy people. It is time to give a bit back to the fans.”

The venue for the potential superfight has been the topic of much speculation – with a number of territories in play, including Saudi Arabia – which hosted Joshua’s rematch victory over Andy Ruiz Jr in December 2019.

Graham says he would be unhappy if the fight ended up taking place there, explaining: “British boxing fans are the best in the world other than the Mexicans. And that’s why all the top fighters now wanna fight in England. It would be disgusting if them two don’t fight in Britain.” 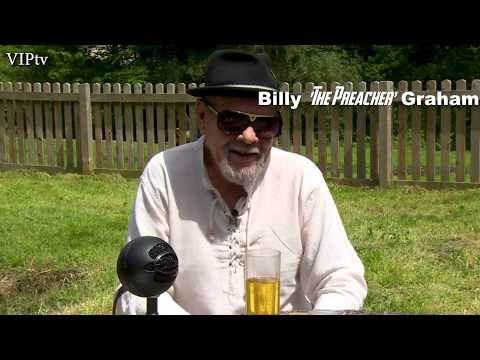 Both Joshua and Fury changed their styles in their last bouts with stunning impact. Fury was more aggressive than usual under the tutelage of Kronk disciples Javan ‘SugarHill’ Steward and Andy Lee to hand Wilder (42-1-1) a brutal first career defeat via a seventh-round TKO in Las Vegas in February.

And Joshua meanwhile was much more circumspect than normal as he boxed largely from the outside to win back his IBF, WBA and WBO belts with that dominant points victory over Ruiz Jr in Riyadh.

While Joshua won much acclaim for showing versatility, Graham remains convinced the tactics were wrong and that he prevailed largely due to Ruiz Jr’s poor conditioning.

He said: “Anthony Joshua did what he thought he had to do and he actually proved me wrong, because I thought if he boxed and moved, I thought that he would get beat. I didn’t want Joshua to take that approach, I wanted Joshua to do a demolition job – the same as George Foreman did to Joe Frazier.

“Anthony Joshua – I don’t think they was the right tactics, I know he won the title back, and he beat Andy Ruiz. But Andy Ruiz let everybody down. He let himself down, he let his trainers down, he let his father down, he let the fans down. Andy Ruiz, he come in even fatter than he usually does and one of the reasons Joshua won was because Andy Ruiz was so bad.

“Joshua is a big powerful man and I think his boxing skills are under-rated. He’s got great leverage and a good variety of punches – as you saw when he fought Klitschko. Anthony Joshua is a much better fighter than the way he fought against Andy Ruiz. I hope that that isn’t how he’s gonna fight any more. I want him to go back to the old Anthony Joshua that puts it on people and knocks them out.”

Graham meanwhile by contrast was highly impressed by Fury’s tactics in that demolition of Wilder, explaining: “I thought that was what Tyson Fury needed. I’ve watched Tyson all his career – nobody has had to teach Tyson Fury how to box, Tyson Fury is a natural, he’s rhythmic, he’s tall, he’s smooth, he’s got a great jab, he fights fantastic from a distance. Nobody has to teach him to do that. But he needs to sit down on his shots more because he’s not getting the best out of himself by just boxing that way.”

‘The Preacher’ also had a chilling message for Joshua, and the rest of the heavyweight division.

“They’ve (‘SugarHill’ and Lee) not scratched the surface yet, if he keeps working on that stuff, and getting that right hand better, there’s room for improvement there, and put it on people and stuff like that, he’ll get better. Tyson will get better.”