‘Eddie has to be quiet’ – Arum’s Fury vs Joshua warning

Bob Arum says Eddie Hearn “has to be quiet’ as negotiations to finalise a Tyson Fury vs Anthony Joshua superfight intensify.

Hearn is a media star, doing interview after interview with boxing outlets every week – with just about all of them including questions about the all-British clash.

But Arum says talking about the issue publicly is not allowed, and claims Hearn has already come under fire from his own camp for doing so.

He told IFL TV: There’s a provision in the agreement that the participants will not talk about it until the deal is done and there’s a joint announcement. We intend to adhere to that.

“I know Eddie’s own people have chastised him for already violating it. Eddie has to be quiet until this deal is finally done. We’re making great progress, he has pros representing him on his side, the Joshua side. And we have terrific lawyers on our side.” 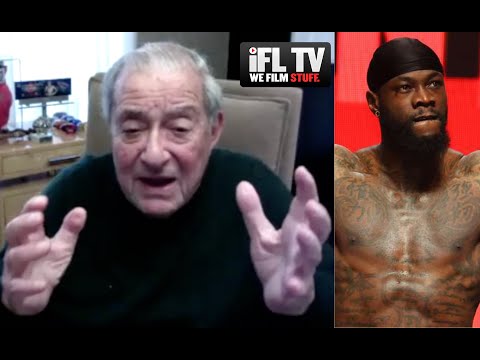 The 89-year-old Arum explained the process the various camps are currently going through in order to hopefully emerge soon with signed contracts.

“We exchange drafts with Matchroom, Matchroom then marks it up, and gradually thats how on a big deal you narrow the issues. And we are certainly narrowing them.

“So on our side, when we have our own conferences, we have the lawyer for Tyson Fury, we have Frank’s (Warren) lawyer, Top Rank’s lawyer, and Frank and myself. And that’s the team.

“When we go back to Matchroom with our comments, they have been vetted by everybody on our team so that makes it easier for Matchroom.

“They don’t have to deal with five separate entities. They just deal with us, with our lawyer, who they know deals with everybody on our side.”

Fury and Joshua are expected to meet in June – very likely in the Middle East. It’s hoped contracts will be signed and the fight announced in February. Once contracts are signed, finalising the venue and TV details will be next.

It is believed that Sky Sports Box Office and BT Sport Box Office will share rights in the UK – both airing the bout on pay-per-view. It’s likely ESPN and DAZN will do similarly in the United States, though potentially not with a PPV model.

Fury vs Joshua is set to be the first time in history that all the major world heavyweight titles – the WBC, WBA, IBF and WBO – have been on the line in a fight. It should result in the first undisputed world heavyweight champion since Lennox Lewis back in 1999.