The chances of Tyson Fury vs Deontay Wilder 3 taking placing in Las Vegas later this year appear to have suffered a blow with the news that potential venue Allegiant Stadium will be closed to fans for the entire National Football League (NFL) season.

Allegiant is the brand-new $2billion home of the Las Vegas Raiders, and had emerged as the favourite to host the trilogy fight between ‘The Gypsy King’ (30-0-1) and ‘The Bronze Bomber’ (42-1-1) – likely on Saturday December 19.

But on Monday the Raiders announced that due to the ongoing COVID-19 pandemic, they expect to play their entire schedule of home games in 2020 without fans inside their palatial new facility, which seats 65,000.

An email to fans stated: “There is nothing more important to the Raider Organization than the health and safety of our players, coaches, staff, stadium workers and fans. After intensive consultation with healthcare officials and state and community leaders, we have made the difficult decision to play the Las Vegas Raiders 2020 inaugural season at Allegiant Stadium without fans in attendance. This decision is based on our commitment to protect the health of our fans and the entire community in response to the coronavirus pandemic affecting us all. 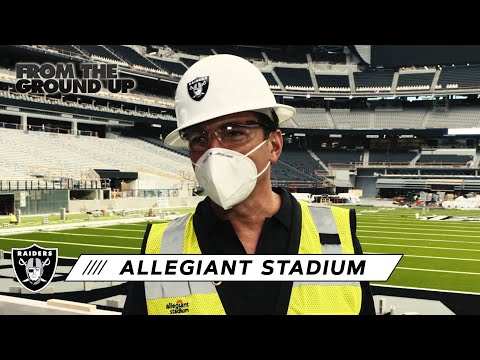 “This decision also ensures fairness to you, our PSL holders, given the challenges and potential inequities associated with determining who can and cannot attend specific games if the stadium were to operate at a reduced capacity. While the current situation is not how any of us envisioned celebrating the opening of Allegiant Stadium, when circumstances permit we look forward to sharing an unparalleled game day experience in the magnificent stadium you helped build.”

Bob Arum – whose Top Rank promotes Fury along with Frank Warren’s Queensberry Promotions, has long said that the third fight with Wilder cannot take place behind closed doors due to the financial hole the lack of a live gate would create (the rematch in Vegas in February created a record live gate for a heavyweight bout of almost $17million).

So if Allegiant is a no-go, it would appear now that the options for Fury vs Wilder 3 could be an alternative venue in Vegas or elsewhere in the United States with a smaller crowd (if COVID restrictions are not eased) or an alternative territory. The likes of Macau and even Australia on Christmas Day have been mentioned as possibles in recent weeks.

But with the number of cases continuing to cause major concern in the United States, and many other countries experiencing second waves of cases, there have to be question marks now about whether any major fight with a full area can be staged in 2020.

Any delay of course will also push back the possibility of that mammoth unification match between Fury (if he beats Wilder) and Anthony Joshua (if he beats IBF mandatory contender Kubrat Pulev.. They have a financial agreement in place for a two-fight deal and the smart money had been on the first of those bouts taking place in the summer of 2021. But with each passing day that starts to become more doubtful.