Fury will give up WBC belt to get Joshua – Johnny Nelson

Johnny Nelson believes Tyson Fury will give up his WBC world heavyweight title to smooth the path to a huge showdown with fellow British world champion Anthony Joshua.

‘The Gypsy King’ (30-0-1) is also the Ring magazine and lineal heavyweight champion, but it is the hallowed green belt which is threatening to delay or scupper an all-British blockbuster against Joshua (23-1). The financial structure of a two-fight deal between the pair is already agreed.

Most experts expected the first Fury vs Joshua showdown to take place in the summer of 2021, but a mix of COVID-19 and boxing politics are already threatening that plan. Fury’s trilogy fight with Deontay Wilder (42-1-1) will not take place until at least December this year, while the WBC wants him to then fight its mandatory contender Dillian Whyte (27-1) – who has now been waiting more than 1000 days for his title shot.

There are multiple potential scenarios here, and former cruiserweight king turned Sky Sports pundit Nelson believes Fury will vacate his title to avoid politics ruining what would be his biggest payday and a career-defining fight.

He told PepTalk UK: “This is my crystal ball theory. Tyson Fury will give up his title and Dillian Whyte will box for the vacant title. Dillian Whyte boxes against somebody else. That’s what I can see. Something you probably wouldn’t have said a few years ago, and Tyson Fury would never even have considered.  But I think he’s a businessman now as well as a boxer, and he’s thinking ‘Well this makes more business, I’ll swallow that, and away’.”

“How long is too long? There’s a couple of amazing fights (against Joshua) that could be had there, so they’ve gotta do the right thing. They’ve gotta say ‘let’s do this’. I’d love to see the fight and I know the guys want the fight. I know Anthony Joshua wants it, I know Tyson Fury wants the fight. So it’s just a case of getting it on – ASAP.” 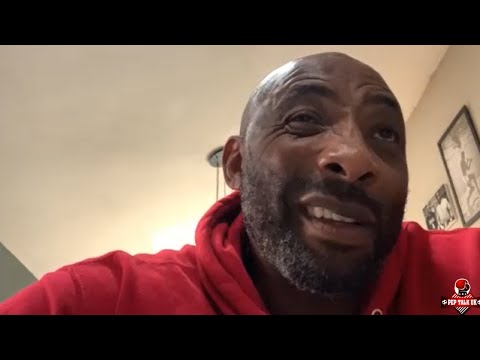 The current Ring magazine heayvweight rankings put Fury above Joshua, perhaps unsurprisingly given he is their reigning champion. Nelson gave his thoughts on the latest list, explaining: “He (Fury) hasn’t lost. He beat one of, if not the biggest puncher on the heayvweight scene. Beat him with ease. Anthony Joshua has (lost). It’s questionable, it’s about taste. I like the fact they put Dillian Whyte above Deontay Wilder, which is fair dos because Dillian Whyte has waited more than 1000 days for his title shot.”

While Fury has that political minefield to negotiate with the sanctioning bodies,  IBF, WBA and WBO king Joshua may have to chart a very similar path. He is due to face IBF  mandatory Kubrat Pulev (28-1) later this year, and next after that is likely to be the WBO’s top contender – the former cruiserweight king Oleksandr Usyk (17-0).