Now for the world: Xavier Miller on training Dillian Whyte

Dillian Whyte got the news he had been dreaming of last last week – he will indeed get a shot at the WBC world heavyweight title after a wait of more than 1000 days. But his new trainer Xavier Miller refuses to look past the big hurdle facing him right now.

On Friday August 7, the World Boxing Council confirmed that the winner of Tyson Fury vs Deontay Wilder 3 – tentatively pencilled in for Saturday December 19 – must face its mandatory contender next.

But first Whyte has to take care of his own business, and that means dispatching dangerous former WBA heavyweight king Alexander Povetkin (35-2-1). And Miller refuses to look past the Russian with the killer left hook.

In a fascinating interview, he told PepTalkUK: I see a lot of posts about what’s gonna be happening next, but I’m not really interested. I’m interested in this fight (Povetkin) – we have to get this right. There’s no point me talking about anything else because to me that would be unprofessional. We’ve got a job at hand, we’ve got a task. We’ve got a job to do.

“Once this job is over, then anyone can ask me any questions about Fury, Wilder, whatever. But until this fight is over, I’ve got no interest, honestly no interest at all.”

The highly-respected Miller – who runs the IQ Boxing gym in north London – explained his own training style and how it fits with an elite fighter such as Whyte (27-1).

“You want Plan A to go well, that’s your main focus – let’s get Plan A in effect and work on the things we’ve been working on. Sometimes things don’t go the way you want them to go. When that happens, you’ve got me, if you can react and behave like a fighter. It’s not always gonna go your way.

“Dillian had that, it’s natural for him. If he gets in trouble, he knows how to fight his way out. He’s proved he can get up and continue. And that’s the characteristics of a fighter that I like. It’s boxing, it’s not always gonna go the way you want it to go – that’s just the way it is. The good ones and the great ones, they find something. So I’ve got a lot of time for Dillian, a lot of time.”

Miller explained that because Whyte is already plying his trade at the very highest level, his job is mainly one of focus on utilising the right skills at the right time.

“My job is to remind him that he’s good at certain things, and when to use them. That’s my main job. You come across a certain opponent, and there’s things that you might have done three, four or five fights ago, which is what you should be using for this fight and say ‘listen you’ve done this before in this fight, this is what you need to do’.

“Because he’s technical and very talented, it’s just about reminding about doing those certain things. I think the key with me and Dillian, and I say this from the beginning, he listens to what I say and he reacts to what I say instantly. I noticed that within the first month of working with the guy.” 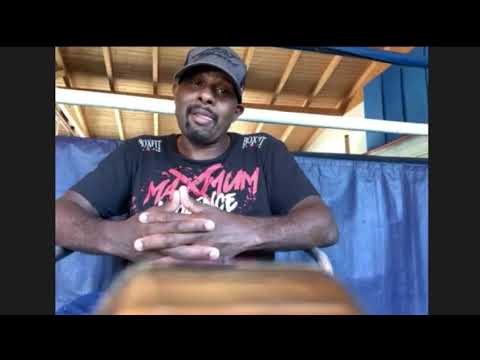 Miller is not surprised that he has been chosen for one of boxing’s plum jobs right now – he says the way he has learned and worked over a long period of time has prepared him for this very moment.

“For anybody who knows me, or been around me, we all knew what was coming,” he explained.

“When I say knew this was coming, when you’ve been doing something for this long, and you put in this kind of time, this is what happens.

“In boxing you can’t cheat, everyone’s had to come from somewhere, everyone’s had to do their apprenticeship, everyone’s had to be around certain people learning their craft. I’ve invested a lot of money in myself, me and Nick – obviously my business partner in IQ Boxing,. So the history is there and the heritage is there, this is not a surprise to anybody in my circle.”

Miller’s gain of course is Mark Tibbs’ loss – after Whyte recently split with the man he had reeled off 11 straight victories with. And Xavier explained the great respect he has for both Tibbs and Whyte.

“Dillian’s a very smart person, he knows that I’m well schooled and well educated – he just made a smart move. It was just unfortunate that him and Mark split because like I say their journey together had been great. I’ve got a lot of respect for Mark, he’s done good work with Dillian. Dillian’s boxed good-calibre fighters and they come out on top as a team. So you have to give respect for that period.

“But life is about chapters – that’s a chapter and it’s finished. You know you can’t go back, it is what it is, all you can do is go forward.”